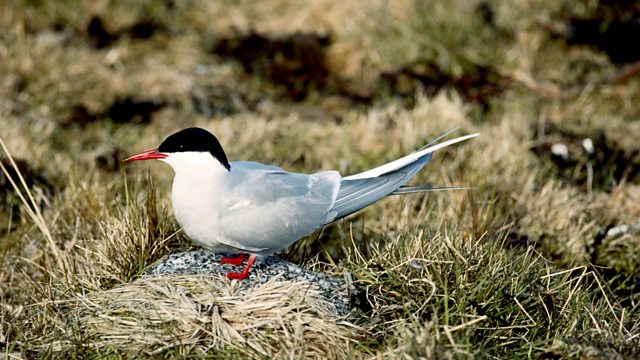 Moira Hickey visits Fair Isle, Britain's most remote inhabited island renowned for its birdlife. She is there for the opening of a new bird observatory.

Moira Hickey visits Fair Isle, Britain's most remote inhabited island, to find out how it became a world leader in the study of birdlife. Since 1948, when a bird observatory was first built there, it has led the way in research into seabirds and in recording rare migrants, blown on to this tiny island midway between Orkney and Shetland.

For its seventy inhabitants, the bird observatory has become crucial to the viability of Fair Isle as a place to live: visiting birders feed the economy and help keep fragile air and sea links in business. With the opening of a brand new observatory, Moira Hickey visits Fair Isle to get a taste of what attracts ornithologists from around the world.