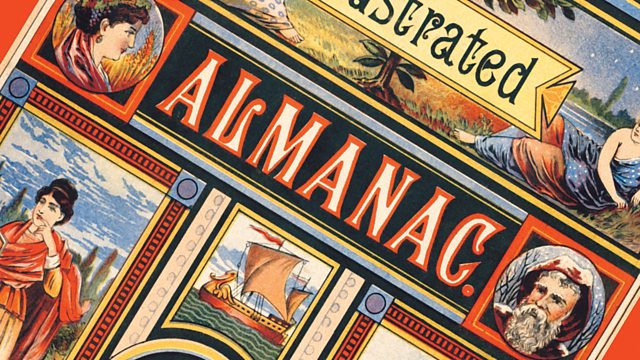 Almanacs: The Oldest Guides To Everything

Ben Schott charts the history of a pocket-book encyclopedia that rivalled the Bible as a bestseller. From July 2010.

Ben Schott charts the history of the most influential form of mass publication in the 16th and 17th centuries. At their height, apart from the Bible, almanacs were the bestselling books on the market, with over 400,000 sold annually.

Behind the scenes at The British Museum, Dr Irving Finkel outlines the almanac tradition from Babylonian clay tablet to Gutenberg's earliest printed material. The British Library's Moira Goff lets Ben loose in the archives to peruse The Kalender of Shepherdes and the oldest Old Moore's Almanack.

Combining the characteristics of calendar, self-help manual & pocket encyclopaedia, almanacs contained utilitarian information on just about everything: feast days, when to sow crops, let blood, how to write an IOU, even advice on amateur surgery and DIY abortion. They also included dramatic astrological prophesies about the likelihood of plague, famine and war. Passages were read to boost soldiers' morale in battle and by MPs in the House of Commons.

Almanacs played a central part in spreading knowledge, literacy, popular journalism and advertising. Ben digs up early adverts for pills, potions and all manner of quackery. But they were also mocked in all kinds of ways, as Dr Adam Smyth explains.

The blank pages inserted into almanacs were used for jottings of accounts and personal memos, so they also gave us the personal written diary.

The statistical has replaced the astrological but its influence lingers on.