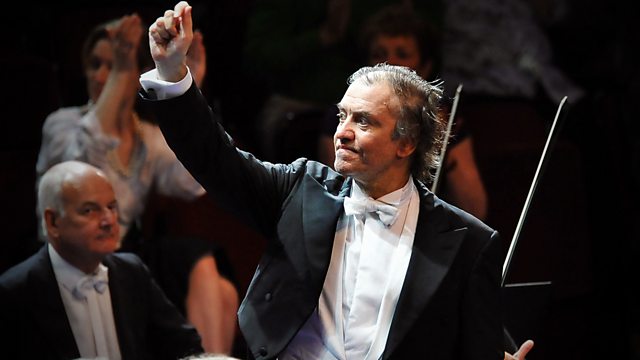 Valery Gergiev conducts the World Orchestra for Peace and Camilla Tilling (soprano) in Mahler's Symphony No 4 in G.

Valery Gergiev makes the first of his two appearances this season conducting the World Orchestra for Peace, an ensemble of first-rate players from around the world, in two symphonies by Mahler whose 150th anniversary it is. The often child-like innocence of the Fourth is followed by the funereal, stormy and ultimately life-affirming Fifth.

Mahler: Symphony No.4 in G major

This Prom will be repeated on Tuesday 10th August at 2pm.