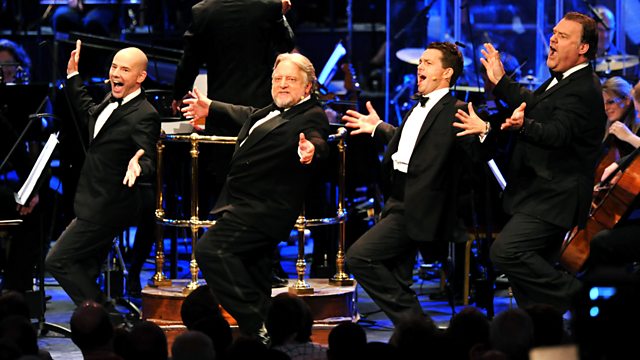 A cast of stars and the BBC Concert Orchestra, conducted by David Charles Abell, celebrate the 80th birthday of Stephen Sondheim by performing songs from his best loved shows.

Sondheim: Selections from The Frogs, Follies, Sunday In The Park With George, Into The Woods and A Little Night Music.