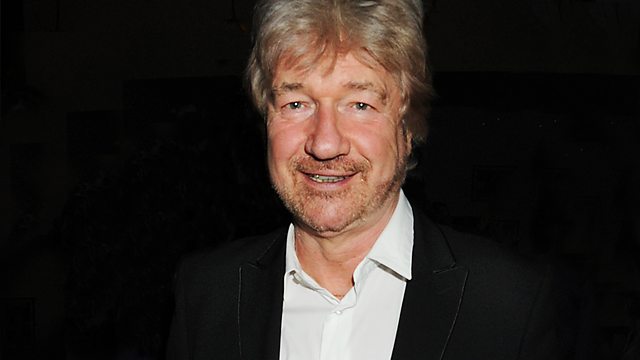 Clive Anderson is joined by Willy Russell, Ruth Goodman and Sandie Shaw, plus Arthur Smith talks to comedian Felix Dexter and there's music from Plan B and Bombay Bicycle Club.

Clive is joined by one of the most successful female artists of the sixties, pop icon Sandie Shaw. She'll be reclaiming songs sung by men that should've been sung by women. She's joined by special guests Sophie Ellis Bextor and Mica Paris and they're just one of the performances at the brand new festival celebrating British music, art and style, Vintage at Goodwood.

The playwright, composer, musician and lyricist and man behind Blood Brothers talks about having his own season at Londons Trafalgar Studios. Meera Syal, Tim Piggot Smith and Laura Dos Santos will soon be treading the boards in Educating Rita and Shirley Valentine. His musical version of Our Day Out starts up in Liverpool in August.

Critically acclaimed for his characters on Down the Line and Bellamys People, Felix Dexter gets his Multiple Personalities in Order for his Edinburgh Festival run. Arthur Smith talks to the man behind Early D, The Lion of Harlesden, Aubrey Dubuisson and Julius Olufemwe, Hotel Management student and lover of all things English.

There's music from two of the most talked about artists on the British music scene. Crouch End's indie four-piece Bombay Bicycle Club have gone acoustic for their latest album, Flaws.

And one of this years biggest success stories and the soul influenced sound of the summer, Plan B performs a stripped down version of Prayin' from his No 1 album The Defamation of Strickland Banks.