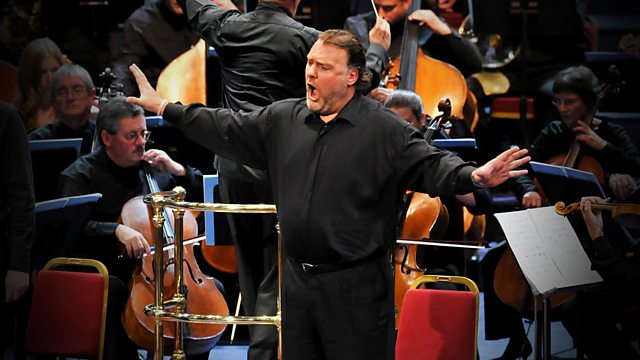 Wagner: The Mastersingers of Nuremberg - Part 1

Welsh National Opera brings its new production of Wagner's Mastersingers of Nuremberg to the Royal Albert Hall, and the celebrated bass-baritone Bryn Terfel makes his debut in the role of Hans Sachs, the shoemaker and poet at the heart of this monumental work - part comedy, part love story, part meditation on the transformative power of art.

In 16th-century Nuremberg, the Mastersingers are a highly influential guild of singers who meet for an annual singing competition - a challenge requiring a high level of technical expertise, and rewarded by a coveted prize. For the forthcoming competition, the goldsmith, Pogner, offers an extra prize - the hand in marriage of his daughter, Eva. Into the town comes a young knight, Walther, with no experience in the craft of singing, but he falls instantly in love with Eva. He performs a song for a chance to enter the competition, but is judged to be unworthy by the pedantic town clerk, Beckmesser, who is also keen to win Eva's hand. Hans Sachs is the only member of the establishment willing to listen to the newcomer and to give him a chance in his quest.

Wagner: The Mastersingers of Nuremberg (Act I)