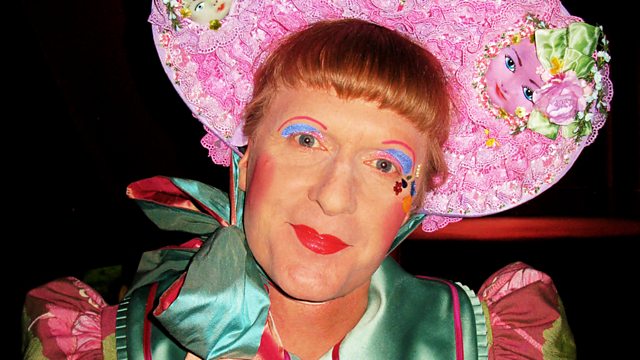 Grayson Perry on Creativity and Imagination

4 Extra Debut. Artist Grayson Perry goes on a quest to discover what it means to be creative. With Terry Pratchett. From July 2010.

Grayson Perry is an epitome of creativity: a Turner Prize winning ceramicist who's as famous for his alter-ego Claire as for his pottery.

But what does being creative really mean? He's on a mission to find out.

Talent shows dominate TV schedules and we are taught that everyone can take part, but genuine talent, originality and the idea of learning a traditional arts skill is persistently overlooked he argues.

With the help of some of the most talented people in the business, Grayson Perry will be exploring how the imagination works. Creativity has become the modern buzzword of bureaucrats trying to ensure wider access to the arts. And it has been subject to a lot of mythmaking. Grayson wants to nail down these myths and show how creativity isn't a mystery, but at the same time it isn't necessarily easily accessible.