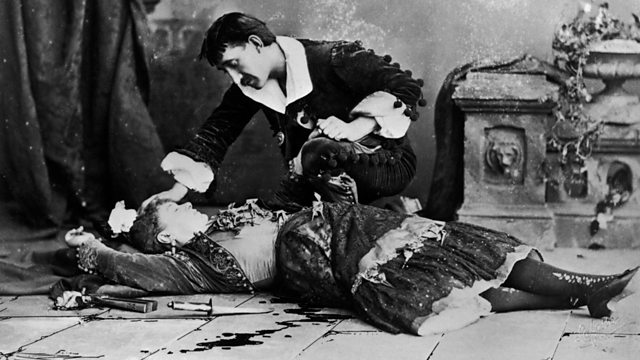 Why Do Women Die in Opera?

Journalist Martin Kettle considers why in the most popular tragic operas the sopranos, and occasionally the mezzos, meet a gruesome end.

Where would opera be without dead women? Associate editor of the Guardian and opera fanatic, Martin Kettle, considers the fact that, be it through suicide, murder, asphyxiation, drowning, execution, consumption, leaping off a balcony or dying in an avalanche, when it comes to the most popular tragic operas, to a disconcerting extent it's the sopranos, and occasionally the mezzos, who get the chop.

He looks at how composers' own relationships with women might shed light on their dying divas and he weighs up a certain feminist approach to nineteenth century tragic opera which presents death as a punishment that the female romantic lead is required (by a 19th century bourgeois audience) to pay for living too passionately.

The Fantastical World of Robert Schumann