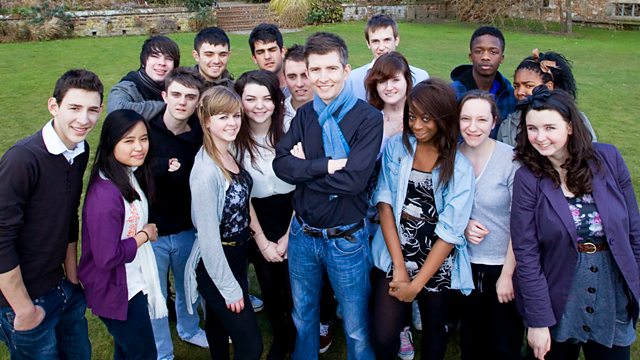 Choirmaster Gareth Malone has been given the task of forming and training a teenage chorus for a new opera staged at Glyndebourne. Over two months Gareth auditions 450 teens.

As part of Opera on the BBC, Choirmaster Gareth Malone has been given the task of finding 50 teenagers from across East Sussex, to sing on the main stage of one of the world's most prestigious opera houses, Glyndebourne.

Gareth has been asked to be the chorus master of a brand new opera Knight Crew, written by composer Julian Philips, based on a novel by author Nicky Singer. It is the urban retelling of the King Arthur legend and Gareth's mission is to go deep into the local community, to find teenagers to sing in his chorus who may have never heard an opera. He wants to find teenagers with the right edge and life experience.

Over two months Gareth auditions 450 teens, whittling them down to a final 100 who must sing solo in front of a Glyndebourne panel. The final 50 chorus members are chosen, but how will they cope with the demands of learning a two-hour opera and performing it onstage at Glyndebourne in six months' time?

See all episodes from Gareth Malone Goes to Glyndebourne