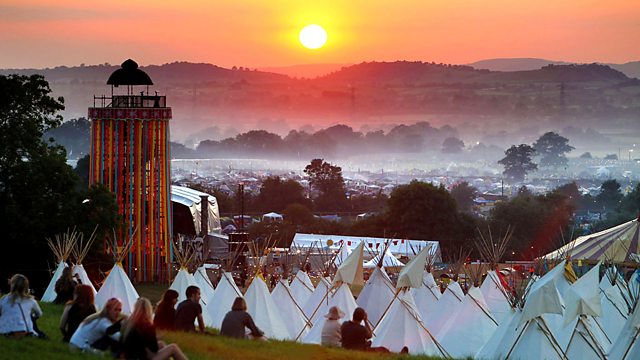 Five poets appearing at the Glastonbury Festival keep poetry diaries as they arrive on site, pitch their tents, check the weather and prepare for their big weekend of performance.

Performance poetry has become a regular and popular element in the annual Glastonbury mix, and the poetry stage in 2010, the Festival's fortieth birthday year, is bigger than ever. We've asked five poets to write poems specially for the Festival - most of them are festival regulars, one's just had a baby who will be coming with her for an early introduction to poetry and to Glastonbury, and one's arriving from Botswana. They'll be recording their preparations as they arrive in the days leading up to the weekend, and performing them in various locations around the festival site as the weekend approaches and the atmosphere heats up. They'll be giving us a behind-the-scenes insight into the festival, and a set of high-energy performances created specially for Radio 4.