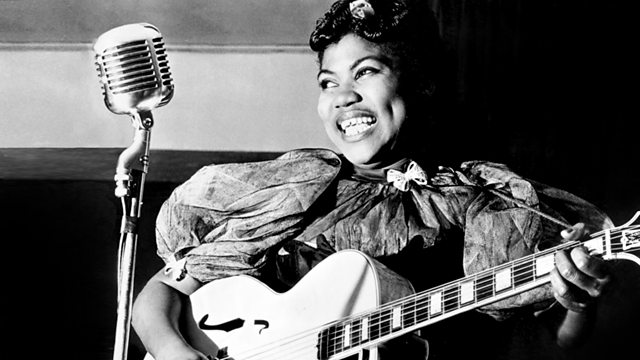 Former Catatonia vocalist Cerys Matthews travels to the US to find out why so few women are known for singing and playing the blues.

In this documentary, ex-Catatonia vocalist Cerys Matthews travels to the USA to find out why so few women are known for singing and playing the blues.

When it comes to the blues and those who have mastered it, the list usually runs along the lines of: T-Bone Walker, B.B. King, Stevie Ray Vaughan, Robert Johnson, Eric Clapton, Muddy Waters... the list goes on. But it's striking that in many a top 10, 20 or even 100 of all time blues greats, no women appear.

Cerys tries to find out the story of the women who have mastered the art but have rarely been recognised for their talent. Along the way she reveals the stories of female guitarists of the early blues era such as Rosetta Tharpe, Memphis Minnie, Etta Baker, Algia Mae Hinton, and Precious Bryant. These women all lived extreme lives which led to them playing the blues in a way perhaps no man can dream of. Yet most remain unknown and some have died with no recognition whatsoever.

Cerys will also reveal how guitarists from Bob Dylan and Kenny Wayne Shepard to Muddy Waters were themselves taught by some of these ladies who played the blues.

Cerys also travels to the Blues Awards in Memphis and speaks to contemporary guitarists Bonnie Raitt and Debbie Davies about the influence of pioneering blues artists Memphis Minnie and Sister Rosetta Tharpe.

Producer: Jo Meek
An All Out production for BBC Radio 4.