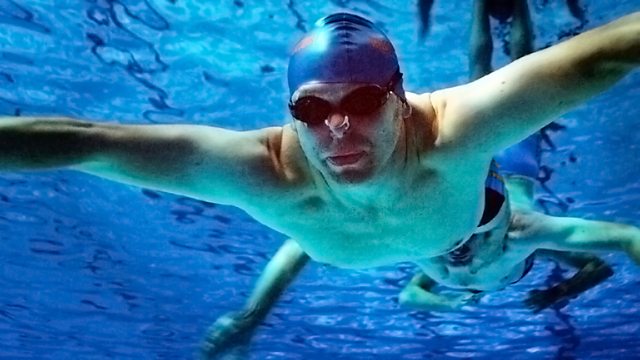 A Storyville documentary about a group of middle-aged men in Sweden, engaged in the world of all-male synchronised swimming in a bid to escape the daily grind.

When Welsh film-maker Dylan Williams followed his lover to Stockholm, the first thing his language teacher told him was that the way to fit into Swedish society was to join a club. Struggling to find work, approaching 40 and looking for a new purpose in life, he took her at her word. The club he found was Stockholm Arts Swim Gents, Sweden's only male synchronised swimming team, a ramshackle collection of men who were each looking for 'something different'. They found it.

What ensues is an unexpected rollercoaster ride that ends at the unofficial world championships. By turns funny and moving, the film shows that happiness can be found in the strangest of places.

See all clips from Sync or Swim (3)