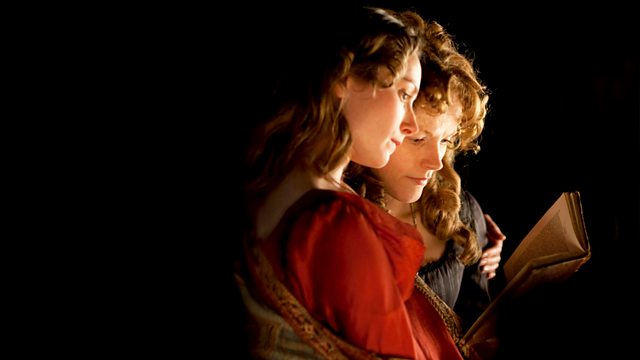 A dramatic adaptation of the journals of Anne Lister, a 19th-century Yorkshire landowner and industrialist who lived a secret life with her female lover.

Bold and passionate drama telling the story of Anne Lister, 1791-1840, a Yorkshire landowner, industrialist, traveller and diarist. She was a lesbian, who, despite needing to keep her orientation secret from society at large, in private defied the conventions of her times by living with her female lover.

Anne kept a detailed account of her life, her loves and her emotions in a fascinating and painfully honest 4,000,000-word journal. A sizeable portion was written in code, and the recent deciphering of the diaries provides an astonishing insight into the life of the woman who has been called Britain's first modern lesbian.