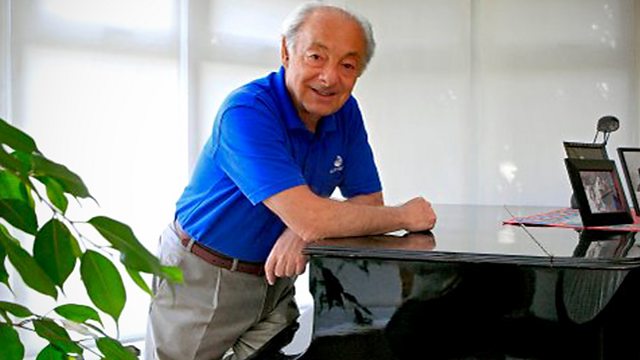 In a career spanning fifty years, he has played with all the best orchestras and continues to teach masterclasses around the world.

He grew up in Hungary and, after both his parents were taken to labour camps, he was brought up by his grandmother. His parents died during the war and it was, says Gyorgy, a miracle that he and his grandmother survived in the Budapest ghetto. For years afterwards, he says, he would carry food with him because he was so scarred by the hunger he'd felt.

His musical talent was his passport to the West and, when he was 22 years old, he fled first to France, then to Holland and finally to Britain where he has lived for nearly fifty years. Of his early years, he says: "There were times when you were punished if you were listening to the radio. That's when it started to get to me - realising that I was not free. Music is international, it has to be worldwide."

Record: Bach's Andante from the Second Sonata in A Minor
Book: How To Be An Alien by George Mikes
Luxury: A N'espresso machine