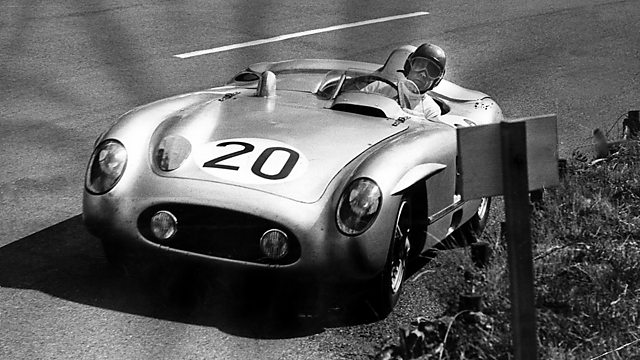 Documentary about the 1955 Le Mans 24-hour race in which Pierre Levegh's Mercedes went into the crowd killing 83 and injuring 120, the worst disaster in motor racing history.

At 6.26 pm, June 11th 1955, the world of playboy racers and their exotic cars exploded in a devastating fireball. On the home straight early in the Le Mans 24-Hour race, future British world champion Mike Hawthorn made a rash mistake. Pierre Levegh's Mercedes 300 SLR smashed into the crowd, killing 83 people and injuring 120 more. It remains the worst disaster in motor racing history.

The story was quickly engulfed by conspiracy theory, blame and scandal. Was the mysterious explosion caused by Mercedes gambling all on untried technologies? Did they compound it by using a lethal fuel additive? Have the French authorities been covering up the truth ever since? Or was the winner, the doomed British star Mike Hawthorn, guilty of reckless driving and did his desire to win at all costs start the terrible chain of events?