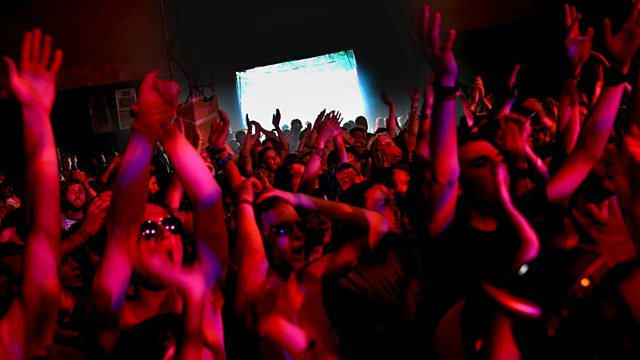 DJ and producer James Lavelle takes over and plays tracks from his eagerly awaited new UNKLE album, plus he talks about collaborating with Mark Lanagen, Sleepy Sun and Autolux.

DJ and producer James Lavelle takes over the 6 Mix, playing tracks from his eagerly awaited new UNKLE album. James, who in his own words, became a DJ "because I couldn't break dance and I was no good at graffiti", founded influential hop hip and electronic label Mo' Wax in the mid 1990s, releasing DJ Shadow's seminal 'Endtroducing' album. In 1998 he joined forced with Shadow to release the album 'Psyence Fiction' under the name UNKLE, collaborating with Thom Yorke, Richard Ashcroft and the Beastie Boys on the record. Since then, Lavelle has released five other UNKLE albums, as well as carving out a career as an international DJ with a long time residency at London's Fabric nightclub. In his 6 Mix, James plays tracks from the new UNKLE album 'Where Did the Night Fall', and talks about collaborating with Mark Lanagen, Sleepy Sun and Autolux on the record. There's also an hour long club mix from James, playing a selection of upfront new music he's found on his DJ travels.