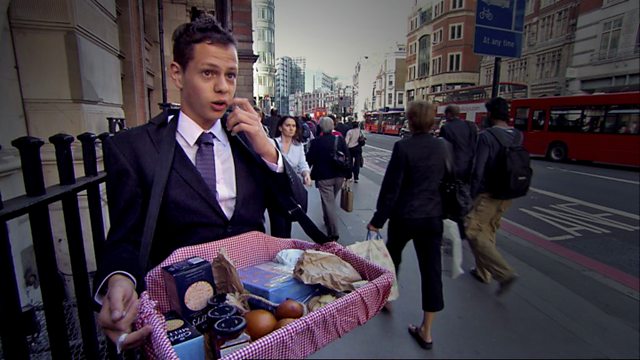 Lord Sugar is on the search for his first ever Junior Apprentice. The teens are set their first task - to sell 500 pounds worth of cheese at a London market.

Lord Sugar is on the search for his first ever Junior Apprentice. From over 28,000 applicants, 10 candidates compete for a tailor-made fund worth 25,000 pounds to kick-start a career in business. Most of these tycoons of tomorrow are still at school, but all have a burning passion to succeed in business. Some run their own companies full time; others have dabbled in business; some run a market stall, some sell online.

Over the next six weeks, they'll battle it out through a series of tailor-made business tasks. In the first boardroom, Lord Sugar explains to these 16 and 17 year olds that he's not looking for the finished package but he wants to see that 'killer instinct' that you need for business.

After a chance to get to know one another - and suss out the competition - the young candidates get to see their new home, a luxury terraced house in one of London's smartest neighbourhoods, and must choose their team name and project managers. The following morning they have an appointment at Lord Sugar's old school where the teens are set their first business task - to sell 500 pounds worth of 23 different varieties of cheese at busy London market stalls.

Under the watchful eyes of Lord Sugar's aides Nick Hewer and Karren Brady, the teams must select a market to trade from, identify and price their 23 cheeses and get selling. With ten candidates all trying to prove themselves, it's not long before tempers flare and chaos ensues.

At the end of the task, the winning team get a treat while the losers battle it out in the boardroom. For one of these teens, it's the end of the road and time for Lord Sugar to utter his infamous last words: You're Fired!

See all episodes from Young Apprentice