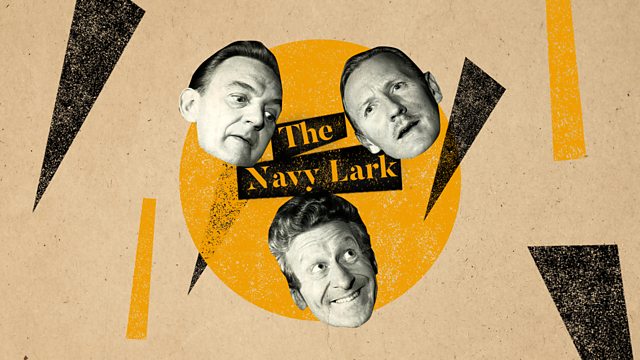 The Navy Lark: Left Hand Down A Bit, with Leslie Phillips

The Navy Lark is almost as much of a national institution as the Navy itself. With a worldwide following, it remains one of BBC radio's most fondly remembered comedies, and continues to entertain new generations of listeners. Sub-Lieutenant Leslie Phillips welcomes you aboard the infamous HMS Troutbridge for a voyage through six classic episodes in the life and times of a legendary comic flagship.

Find out how The Navy Lark got started; discover who might have been in starring roles; learn how the cast of the radio series were invited to take large bits of a real-life ship ! What other popular "Larks" appeared on radio? How did the Troutbridge crew come to be running their own TV company? How exactly did Sub-Lieutenant Phillips get through Dartmouth? All is revealed.