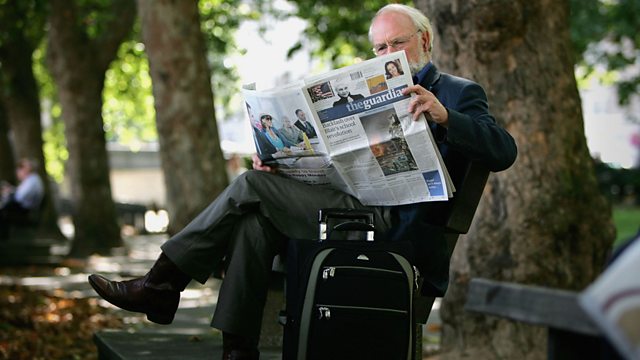 Sunday Times editor John Witherow in debate with The Guardian's Alan Rusbridger, as Times newspapers prepare to charge for online content while the Guardian stays free.

Steve discusses paywalls with Guardian editor Alan Rusbridger and Sunday Times editor John Witherow, in front of an audience in the Radio Theatre.

This is a subject every newspaper editor's considered: whether to charge people who want to read their websites. "Because news costs, because quality costs... because free isn't sustainable, because free is too expensive" - the words of Les Hinton, chief executive of the Wall Street Journal's publisher, part of News Corp.

At the Guardian, Alan Rusbridger has ruled out paywalls and warned that rushing to introduce them could see the industry "sleepwalk into oblivion". The Daily Mail has said "readers will not pay to consume general news on the web".

Rupert Murdoch disagrees. He is already charging online readers of the Wall Street Journal and, from June, The Times and The Sunday Times will start charging Â£1 a day, or a weekly subscription, for access to their websites. The Sun and the News of The World will follow. The Sunday Times will get its own dedicated website in a move editor John Witherow describes as "a hugely significant moment for the paper".

Who is right? And, as some claim, does the survival of the free press rely on Rupert Murdoch's plans succeeding?