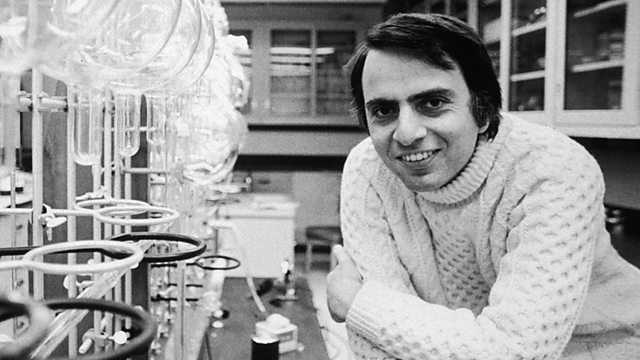 4 Extra Debut. Physicist Brian Cox tells Matthew Parris why Carl Sagan inspired him to dedicate his life to science. From May 2010.

As a young boy of 13, Brian Cox stared at his television screen every Wednesday evening, as Carl Sagan took him on a journey across the Cosmos. The programme was a ground-breaking piece of television by a brilliant young scientist who could be inspiring and infuriating in equal measure.

Sagan was a complex character. Driven to succeed, he came from a relatively poor background to become a millionaire, and one of the most influential scientists of his era. His popularity left him open to both criticism and jealousy amongst his colleagues, and whilst he was passionate about the need to educate the populace, he could also be arrogant and dismissive of his fellow scientists.

So just how good a scientist was he, and what is his legacy?