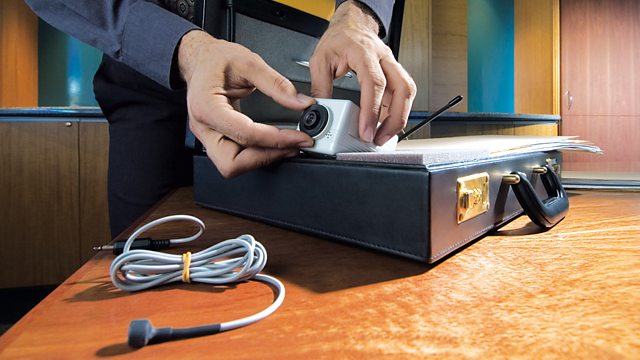 Discovering his wife's affair, surveillance expert Stuart uses it as an aid for teaching. Dark comedy with John Gordon Sinclair.

Stuart is a freelance surveillance expert who teaches covert 'information gathering' to new Intelligence recruits. As part of his work he 'bugs' friends & family, including his wife, Penny. When he discovers that she's having an affair with a man called Neil, his work colleague, Ren, offers her own skills in 'enhanced interview techniques' to help, but Stuart declines. He realises that the secret affair could make an engaging teaching aid. Initially, his students are slightly unsettled but very intrigued. The affair becomes the main focus of the curriculum, and the group study how to 'bug' all manner of difficult situations, such as an impromptu hotel room, a car in a field, busy nightclub, and hot-air balloon. But Penny feels terrible about the affair and Stuart discovers emotions deeply buried and things soon spiral out of control.

'The Recordist' is a dark, offbeat comedy, looking at the price love pays for clear acoustics in Dolby NR.

The End of the World