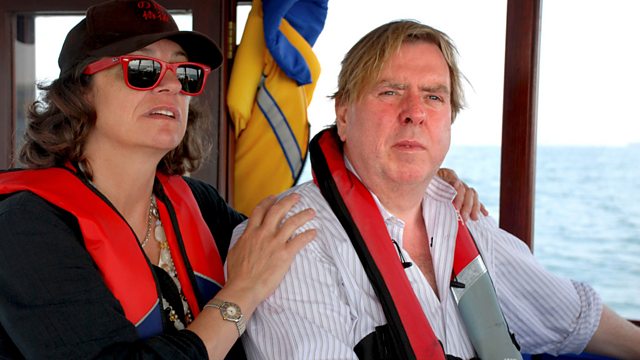 Timothy and Shane Spall continue their voyage by rounding the infamous Lizard Point before mooring in Newlyn and getting advice from the crew of the Penlee Lifeboat.

Three-part documentary series featuring one of Britain's best loved actors, Timothy Spall, as he and his wife sail from to Cornwall to south Wales in a Dutch barge.

The voyage continues with Timothy and Shane having to cope with the highly dangerous waters around Lizard Point if he is to complete the journey by winter. Although in a state of some anxiety, Timothy manoeuvres the Princess Matilda around the infamous Lizard before mooring in Newlyn, a focus of the Cornish fishing industry. But tying up for the night is never straightforward.

The Spalls get advice from the eighteen-strong crew of the Penlee Lifeboat on how to tackle Land's End, another tough test lying in wait, and Timothy marvels at their seafaring skills and bravery in tackling the elements in order to save lives at sea.

His own voyage attracts plenty of interest. 'They all think we're mad, but they're not stopping us!' laughs Tim at one point.

The Call of the Sea

Race Against the Tide

See all episodes from Timothy Spall: Somewhere at Sea

Timothy Spall: Back at Sea 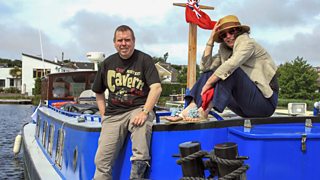