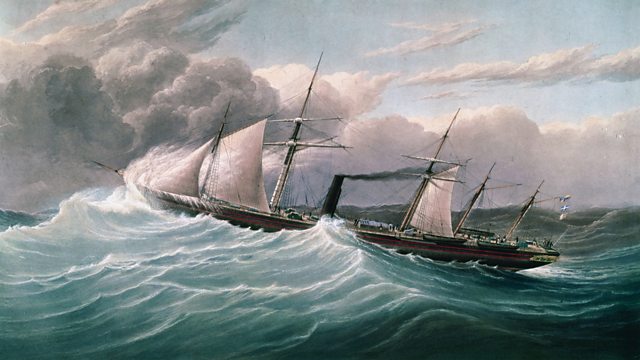 Gareth Malone explores Britain's hidden history of shanties and sea songs. In Yorkshire he meets the Filey Fisherman's Choir, who are determined to keep the tradition alive.

The story of Britain's maritime past has a hidden history of shanties and sea songs, and choirmaster Gareth Malone has been travelling Britain's coast to explore this unique heritage. From dedicated traditionalists to groundbreaking recording artists, Gareth meets a variety of sea-singers from across the country.

His journey begins in Portsmouth where he meets a devoted shanty singer, before continuing on to Tyneside and the Yorkshire coast, where the Filey Fisherman's Choir, with an average age of 70, are determined to keep the tradition alive.

Gareth gets a fascinating insight into the songs of the Herring Girls when he visits Gardenstown in Scotland. In Whitby, he meets Kimber's Men, a local group who have dedicated themselves to writing and singing songs celebrating heroes of the sea, such as a rescue of 1881 when the sea was so rough the people of Whitby had to carry their 2-tonne lifeboat some six miles overland on a wooden trailer and in heavy snow to the bay where a ship had hit the rocks. Despite the exhaustion, they still managed to rescue the shipwrecked crew and passengers.

Gareth's journey ends in Port Isaac in Cornwall, where a group of local fishermen sing shanties and sea songs alongside their day job. Calling themselves the Fishermen's Friends, they have been so successful that they have landed a lucrative record deal.