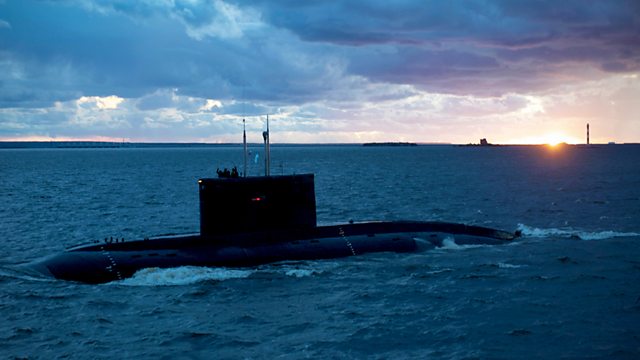 To the sound of pinging sonar, Robert Llewellyn ups periscope to discover why submarine movies have gripped us for over a century. He travels along the River Medway to find a beached Cold War Russian nuclear sub and then on to the abandoned WWII German U-boat pens on the French coast, recalling many of the real events that inspired these films.

From 20,000 Leagues Under the Sea to Das Boot and The Hunt for Red October, Llewellyn discovers that fear - and its antithesis, bravery - is the key, and he also reveals the unique role that Walt Disney played in promoting atomic submarines. Interviewees include director John McTiernan (The Hunt For Red October), Sir Christopher Frayling and screenwriter Michael Schiffer (Crimson Tide).