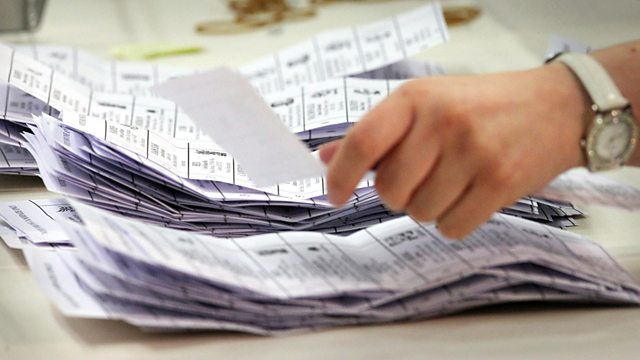 None of the Above

From Fact to Fiction Series 8
Episode 2 of 8

Continuing the series in which writers create a fictional response to a story in the week's news. Comedy writer John Finnemore is in the hot seat.

The election is over, and Frank Whitman, Member for Fitton West since 1987, is celebrating. It's been quite a week. Never mind the electorate, Frank's personal swingometer has resembled nothing so much as a metronome.