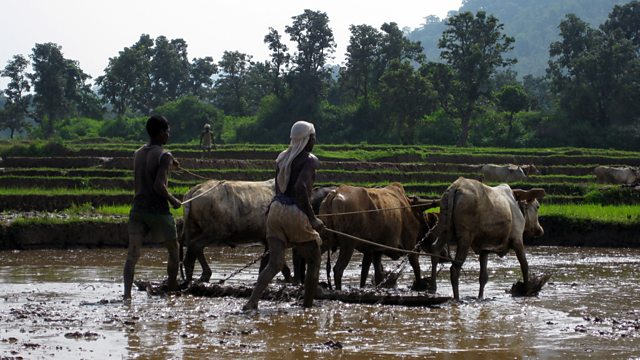 Alpa Shah gains rare access to an Indian community controlled by the Maoist movement. People in these remote villages, including farmers and child soldiers, tell her their stories.

After 40 years of fighting and 6000 deaths the Indian government has launched its biggest ever offensive against Maoist rebels. The government has sent thousands of troops into remote jungle areas in an attempt to control the insurgents.

British anthropologist Alpa Shah visits a Maoist-controlled region of Jharkand in eastern India. She's been given a rare interview with a Maoist leader and she reports on day-to-day life in some of the country's poorest villages in areas under Maoist influence.

The fields are still tilled by oxen. There are few roads and 85% of the population have no electricity. Yet Jharkhand has vast forest and mineral resources. It produces 48% of India's coal, 40% of the country's iron, 48% of its bauxite and 100% of its kyanite. Multi-national companies are looking to set up here. But the Maoists say the local people are seeing little of this new-found wealth.

The Maoists are seen as terrorists by the Indian authorities. But in these villages, Alpa discovers that they are responsible for the running many aspects of day-to-day life. Described by many as "the party", it's a complex social landscape where the Maoists are firmly embedded.

Against this backdrop, Alpa explores the appeal of the Maoist fighters to these poor communities.

Can an economist save Peru?