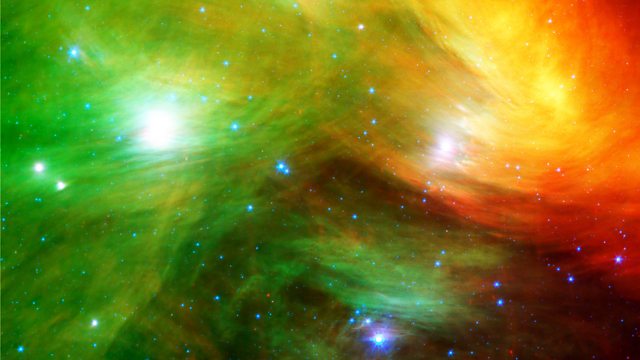 The Cool Universe is the name astronomers give to the matter between the stars.These great clouds of dust and gas are not hot enough to be detected by optical telescopes.But over the last few decades, they have increasingly become the focus of infrared telescopy.Astronomers had long encountered dark, apparently starless patches in the night sky. When they discovered that these were actually areas obscured by dust, they found a way to see through these vexing barriers, using infrared telescopes, to the light beyond.However, more recently, the dust itself has become a source of fascination.The picture now being revealed by infrared astronomy is of a universe that is dynamic.In this dynamic universe, matter is recycled - and so the dust and gas of the Cool Universe play a vital role. They are the material from which the stars are created, and into which they finally disintegrate, enriching the reservoir of cool matter from which new stars will eventually be formed. As a result of the new research, we are now beginning to see first-hand the way our planet was formed when the solar system was born.With:Carolin CrawfordMember of the Institute of Astronomy, and Fellow of Emmanuel College, at the University of CambridgePaul MurdinVisiting Professor of Astronomy at Liverpool John Moores University's Astronomy Research InstituteMichael Rowan-RobinsonProfessor of Astrophysics at Imperial College, LondonProducer: Phil Tinline.