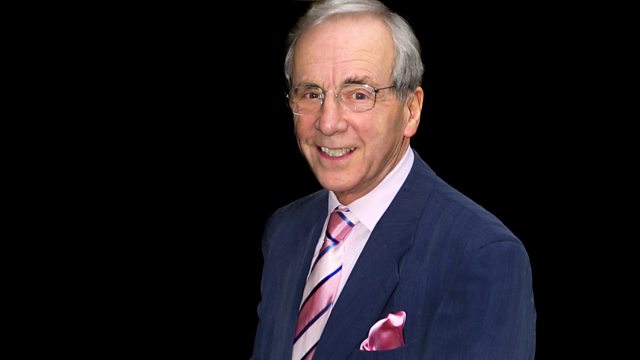 I Did It My Way

The Fawlty Towers actor and writer chats to Peter Reed about his radio life and times. Featuring Father Brown, Wiggly Park, The Revenge, Running Away and Cash Me a Portrait.

Andrew shares his memories of specially selected programmes from across his years on the BBC airwaves:

* Wiggly Park:
Bigwigs in the Park: The residents of the city park are under threat. All characters voiced by Andrew Sachs. From BBC Radio 5. (1994)

* The Revenge:
Written and interpreted by Andrew Sachs, this was the world's first radio drama without words. Featuring sound effects and 11 actors, all recorded on location. From BBC Radio 3. (1978)

* Running Away:
Andrew Sachs takes time out from writing his autobiography to enjoy a grand day out at the zoo, and a stroll down memory lane with Tim Samuels. From BBC Radio 4. (2008)

* Cash Me a Portrait:
Third play in a trilogy of plays about the world of Art by Andrew Sachs. Trudi Snape has inherited a portrait which may turn out to be a Da Vinci. From BBC Radio 4. (1985)

Made for BBC Radio 7 and first broadcast in March 2010.

See all episodes from I Did It My Way