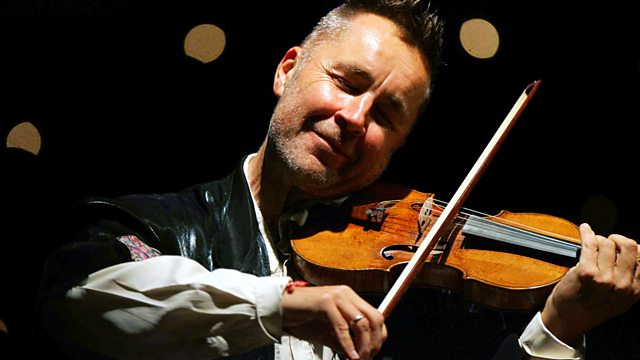 Arts news and reviews with Mark Lawson, including an interview with Nigel Kennedy, who discusses his forthcoming Polish Weekend at London's Southbank. Plus the sculptor Marc Quinn.

Marc Quinn talks about his exhibition of sculptures which depict people who have undergone extreme levels of physical transformation, including Pamela Anderson and Michael Jackson.

As the nominations period for the new Oxford Professor of Poetry closes, former Poet Laureate Andrew Motion assesses the candidates and the pros and cons of the post.

And Nigel Kennedy discusses Shhh, the latest album from his Polish quintet; and his forthcoming Polish Weekend at London's Southbank, which will see the violinist transform The Southbank Centre into a mini Poland and perform a live soundtrack to the backdrop of the notorious 1973 qualifying match between England and Poland.