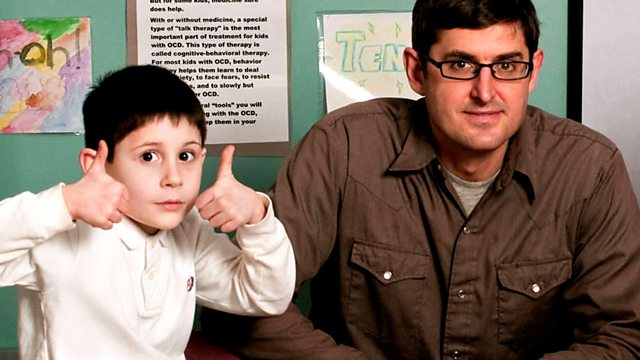 Louis visits one of America's leading children's psychiatric treatment centres in an effort to understand why some parents put their children on drugs to control their behaviour.

Faced with the challenging behaviour of their kids, more and more parents in America are turning to psychoactive medication to help them cope, even though the drugs, and sometimes the diagnoses, remain controversial. Louis travels to one of America's leading children's psychiatric treatment centres, in Pittsburgh, Pennsylvania, to get to know the diagnosed children and hoping to understand what drives parents to put their kids on drugs.

Louis meets Hugh, a 10-year-old who has been diagnosed with ADHD, oppositional defiant disorder, Asperger's syndrome and bipolar disorder. Moving in with Hugh and his family, Louis learns more about his controversial diagnosis and gets to know a family where even the dog is on meds.

He also meets Jack, aged six, a child who has been excluded from school for his explosive behaviour and who now takes antidepressant medication for his anxiety. And when 15-year-old Kaylee (diagnosed with ADHD and oppositional defiant disorder) takes a day off her medication, Louis gets a glimpse of what life is like without the drugs.

From 'med checks' to 'personal pharmacies', Louis explores the world of psychiatric medication for kids, attempting to find the line between ordinary bad behaviour and pathology, and answer the question of whether the latest pharmaceuticals are taking the place of old-fashioned parenting.

The City Addicted to Crystal Meth

Law and Disorder in Lagos