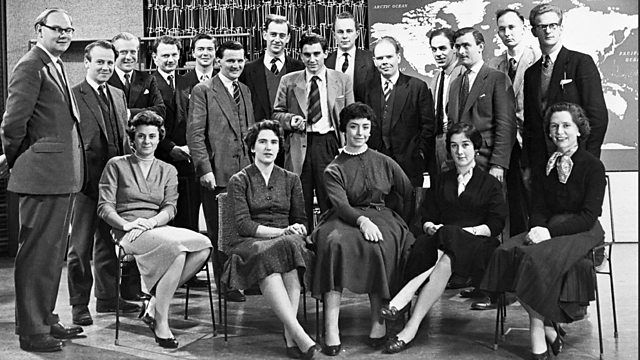 On the 18th February 1957 the BBC broadcast the first programme of a series that was destined to run to over a thousand episodes, although many people involved in making the programme were far from convinced that they would be able to pull off even the pilot successfully.

Tonight was the first time that the BBC had tried to broadcast a live current affairs programme that ran five nights a week, but it turned out to be an important milestone in the BBC's evolution, marking a shift from an "Auntie Knows Best" attitude to being a voice for the viewer.

An incredible array of talent went through Tonight's offices, and Sue is joined by five of its leading lights. Alasdair Milne was, with Donald Baverstock, one of the programme's original executive producers and went on become Director General of the BBC. Antony Jay was in charge of the ground-breaking film unit and went on to write Yes Minister. Cynthia Kee was in charge of the cultural side of the programme, booking famous names such as Louis Armstrong and Brigitte Bardot.

Jack Gold worked in the editing department before branching out to become a successful film director, responsible for The Naked Civil Servant, Aces High and The Medusa Touch, and Julian Pettifer was one of the programme's roving reporters.

The producers are James Crawford and David Prest. A Whistledown Production for BBC Radio 4.