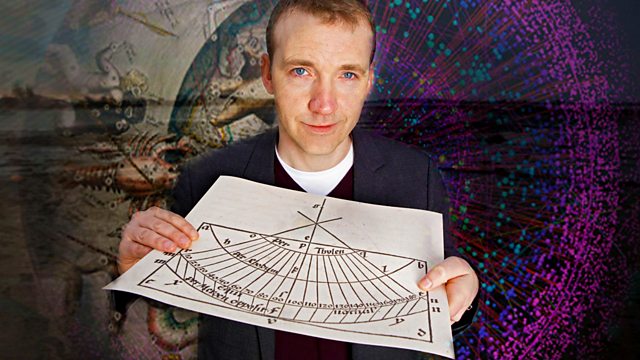 Windows on the World

Jerry Brotton shows how maps can be tools of power and snapshots of history. Henry VIII's maps of the British coast helped him exert control over the world.

In a series about the extraordinary stories behind maps, Professor Jerry Brotton uncovers how maps aren't simply about getting from A to B, but are revealing snapshots of defining moments in history and tools of political power and persuasion.

Visiting the world's first known map, etched into the rocks of a remote alpine hillside 3,000 years ago, Brotton explores how each culture develops its own unique, often surprising way of mapping. As Henry VIII's stunning maps of the British coastline from a bird's-eye view show, they were also used to exert control over the world.

During the Enlightenment, the great French Cassini dynasty pioneered the western quest to map the world with greater scientific accuracy, leading also to the British Ordnance Survey. But these new scientific methods were challenged by cultures with alternative ways of mapping, such as in a Polynesian navigator's map which has no use for north, south and east.

As scientifically accurate map-making became a powerful tool of European expansion, the British carved the state of Iraq out of the Middle East. When the British drew up Iraq's boundaries, they had devastating consequences for the nomadic tribes of Mesopotamia.

Spirit of the Age

See all episodes from Maps: Power, Plunder and Possession