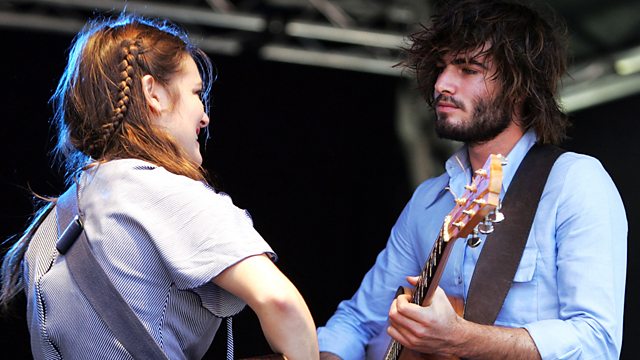 Peter Curran and guests with an eclectic mix of conversation, music and comedy.

Peter Curran talks to Paul Merton, who not only appears on Have I Got News For You and regularly wins Just a Minute, but will be clowning around with friends on his Spring/Summer UK tour of Paul Merton's Impro Chums.

Actor, writer and director Noel Clarke, the man behind the gritty West London set Kidulthood and Adulthood stars in the sword and sandals Roman epic 'Centurion'. His latest directorial offering 4.3.2.1 opens in the summer.

Journalist and documentary film-maker Sean Langan works in dangerous and volatile situations; including environments noted for war, conflict and civil unrest. In 2008 he was kidnapped by the Taliban. This time he takes it easy as he takes a ride on The Tazara Railway which links Tanzania and Zambia in his latest programme 'African Railway'.

Ralf Little talks to Tim Bradford about snogging, Panini football stickers and avoiding The French Exchange during his adolescence in small town Britain.