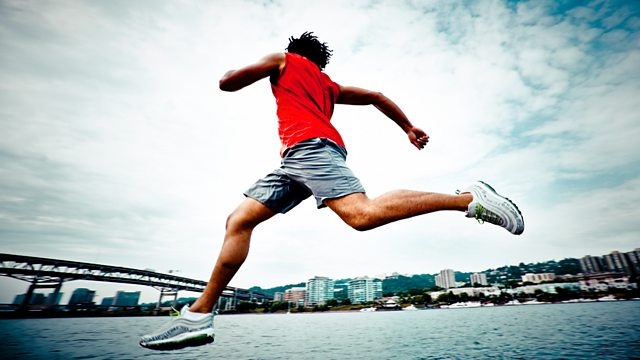 The Essay Running the World
Episode 5 of 5

5. Hayden Lorimer, geographer and running obsessive on the rhythms and routines of his love.

'Running the World', the Essay series this week is written and presented by the running enthusiast and geographer Hayden Lorimer. Walking, swimming, rock climbing - many outdoor activities that put us out of breath have long cultural associations. Running is surprisingly little represented in the arts. Why should that be? The five talks evoke five runs and explore key cultural representations of running: Alf Tupper, the comic strip runner, Alan Sillitoe's novel 'The Loneliness of the Long Distance Runner', the self help running programmes of present day America They also do things that runners don't - stop and look around and think what it means to experience the world by running across it.

In the final programme of his week of essays on running, Hayden Lorimer explores the American Dr George Sheehan and his philosophy of running that has found many followers including Bill Clinton.

The Heroes of the Distance Running—Running the World