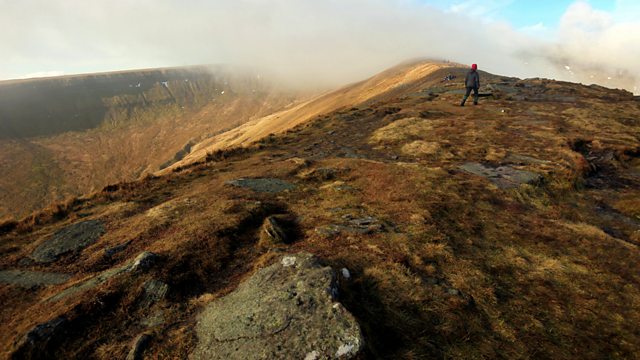 Matt Baker visits the Brecon Beacons in Wales to learn survival skills and hears how people in the National Park are working hard to cut their carbon emissions.

Matt Baker visits the Brecon Beacons in Wales and learns some survival skills with an ex military trainer who teaches him how to light a fire and set traps.

On a freezing cold day where he's battered by the elements, the bush tucker meal prepared by Adrian Bream of fried squirrel and local herbs is a welcome energy boost as he learns the basics of bushcraft in one of Britain's harshest environments.

He meets some of the residents of the villages in the National Park who are aiming to be carbon negative in five years' time by involving the whole community in several green schemes that make use of some of Wales' greatest natural resources, its rivers, waterfalls and woodlands.

The Welsh hill pony is also viewed by conservationists as a vital natural asset to the landscape of Wales. The semi feral ponies are put on the mountains to graze and keep paths and tracks passable, but Matt hears why they are under threat because their numbers are dwindling.

Matt also takes a taxi tour around the area to test the cabbie on his local knowledge as part of a new scheme to encourage visitors to leave their cars at home and use trains and taxis to travel around the Park as a further way of reducing carbon emissions in the area.