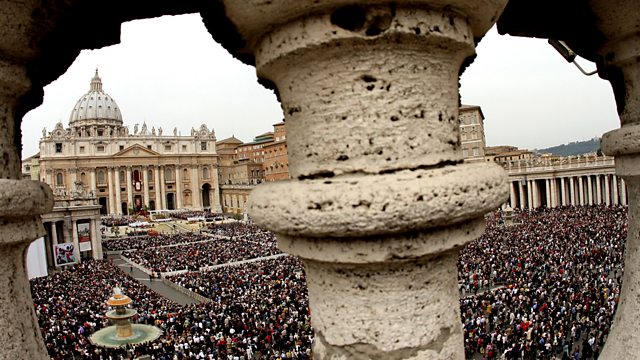 Are Christians Being Persecuted?

For years now, some town halls have been renaming their Christmas Lights as Winter Lights festivals. More and more Christians are ending up in court, defending themselves against what they see as victimisation for not being allowed to wear a cross to work or to pray for a patient. Many Christians feel that Christianity - once the heart of British society - is being pushed to the margins.

Nicky Campbell investigates whether Christians are being discriminated against. He explores the effects of multiculturalism and asks Muslims whether they are offended by Christmas Lights celebrations. Campbell also analyses the impact of recent human rights legislation and the Equality Bill: do they promote a more or less tolerant society? A poll specially commissioned for the BBC reveals what the public think.

If the Christian faith is being sidelined from the public space, is that a good or a bad thing? Campbell interviews Christians who claim they have been discriminated against, as well as leading religious and secular voices, including Archbishop of Westminster Cardinal Vincent Nichols; Chief Rabbi Jonathan Sacks; Bishop of Rochester Michael Nazir Ali; Shami Chakrabati, Director of the civil rights organistation Liberty; and Polly Toynbee, President of the National Secular Society.