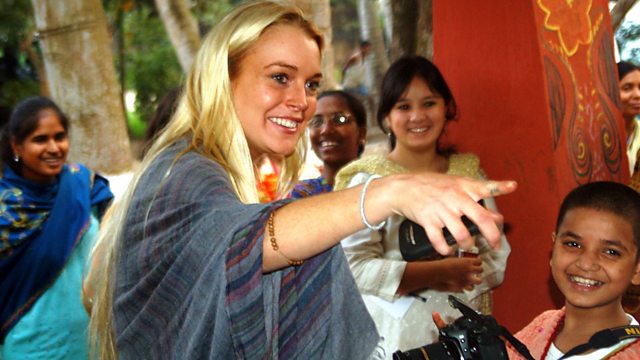 Lindsay Lohan travels to India to investigate the issue of child trafficking. As India's economy is booming, Lindsay asks why the government is not doing more to stop this abuse.

As the capital Delhi prepares to host the Commonwealth Games, she talks to young boys just rescued from factories in the slums. When she learns that many have been sent away with traffickers by their own parents, Lindsay sets off to find out why.

In West Bengal, parents, child victims, and a former trafficker share their stories and reveal the desperate poverty which fuels this cruel trade in children.

As India's economy is booming, Lindsay asks what can be done to stop this abuse.