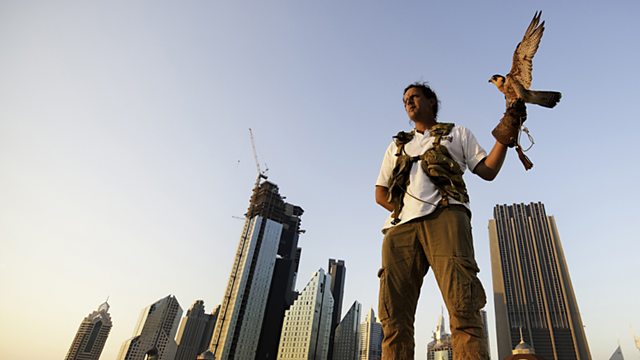 A look at the one environment made by humans for humans - the city. It is built to keep untamed nature out, but nature cannot be pushed away.

A look at the one environment that's been made by us for us - the city. Over half of the world's population now lives in the urban jungle. The city is built to keep untamed nature out - but nature can't be pushed away. From bed bugs sucking our blood at night to rats in our restaurants, many animals have adapted to a life with us.

But not all urban animals are seen as pests. In the ancient city of Fez in Morocco, the leather tanneries depend on wild pigeon droppings for their business. Even futuristic Dubai would falter without falcons. In the suburbs of Jaipur, a Bishnoi woman breastfeeds an orphaned fawn. People are starting to realise that nature is key to our continued survival. On Manhattan's rooftops there is a community of beekeepers. In Masdar, Abu Dhabi, British architect Norman Foster is creating a carbon-neutral waste-free future city. Is this the future? The human planet is starting to realise that we'll only survive if we protect nature.

See all episodes from Human Planet