BBC One
The Man Who Cycled the Americas
Main content 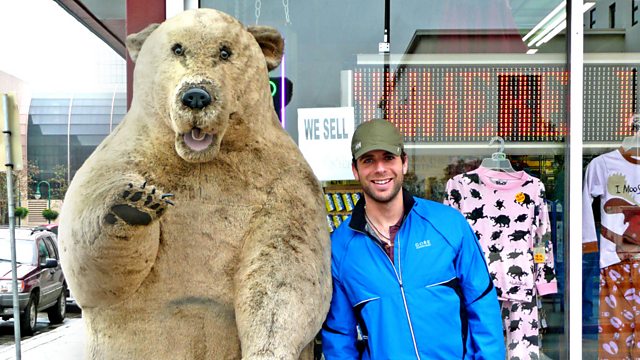 Mark Beaumont attempts to journey Alaska, USA to Ushuaia, in southern Argentina, cycling the length of the Rockies and Andes.

Mark Beaumont, who broke the record for pedalling around the world is back on the road. This time the adventure promises to be more exhilarating and agonising - Mark's journey will take him from Alaska, USA to Ushuaia, in southern Argentina; cycling the length of the Rockies and Andes, 13,000 miles through 12 countries. He'll also attempt to reach the summits of the highest mountains in North and South America. For nine months, Mark will self-film his intimate adventure at bike speed.

At the beginning of his journey, Mark sets off near Anchorage, Alaska and is treated to an impromptu prayer session with the locals, in a remote burger bar where he is topping up the 6,000 calories he needs each day to keep going.

Further along the road in Alaska he joins a team of mountaineers to scale Mount McKinley, at 20,320 ft, the highest peak in North America, and the first of two daunting climbs he will undertake on the adventure. One of the coldest mountains on earth, McKinley has a fearsome reputation, having claimed 100 lives.

Mark also faces a variety of different dangers, from Black Bears at the roadside, huge RVs - recreational vehicles - driven by ageing American holidaymakers to a forest fire which stops him in his tracks.

See all episodes from The Man Who Cycled the Americas

See all clips from North America (2)