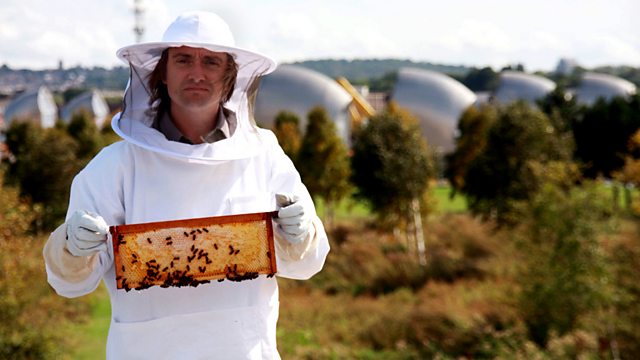 Richard Hammond uses groundbreaking imaging technology to take the viewer on a journey of discovery beyond the visible spectrum, seeing the world in a whole new light.

The human eye is a remarkable piece of precision engineering, but it is also extremely limited. Beyond the narrow range of light that makes up the familiar colours of the rainbow is a vast spectrum of light, entirely unseen.

But what if we could see beyond the narrow boundaries of our eyes and peer into this invisible realm?

Richard Hammond does just that, using groundbreaking new imaging technologies to take the viewer on a breathtaking journey of discovery beyond the visible spectrum, seeing the world, quite literally, in a whole new light.

From death-defying aerial repairmen in the United States using ultraviolet cameras to seek out an invisible force that lurks unseen on power lines, to German scientists unlocking the secrets of animal locomotion with the world's most powerful moving x-ray camera, to infrared cameras that can finally reveal the secrets within a humble beehive, he shows how new technologies are letting us see our world anew.

See all clips from Out of Sight (3)