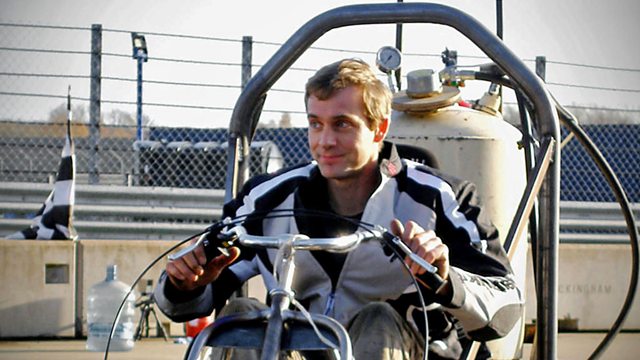 Liz Bonnin, Dallas Campbell and Jem Stansfield put science to the test. Jem tries to smash a land speed record with a fire extinguisher, a go kart and a well-oiled spanner.

Returning for a brand new series, the team from Bang Goes the Theory are set to put science to the test. With their own brand of inimitable science, Liz Bonnin, Dallas Campbell and Jem Stansfield tackle the science questions that you've always wanted answered.

Engineer Jem tries to smash a land speed record with the help of a single fire extinguisher, a go kart and a well oiled spanner. In an experiment that you really shouldn't try at home, Jem builds himself a go-kart attached to a staggeringly powerful fire extinguisher that uses the laws of physics to fire him along a race track and into the record books.

With oil prices rising every year, Dallas takes on an issue that concerns all of us. What will we do when the oil runs out? At the moment, across the globe, we use 85 million barrels of crude oil every single day but the fact is that our oil supplies can't last forever. With Richard Branson as one of his guides, Dallas looks at the future of oil explorations, and tells us what this means for our wallets.

Liz goes behind the scenes of the real CSI (the Forensic Science Service) to meet the scientists working with the police to solve real crimes. With one crime, three suspects and no DNA evidence, Liz launches her very own forensic investigation to catch the bad guy.

See all episodes from Bang Goes the Theory

OU on the BBC: Explore science 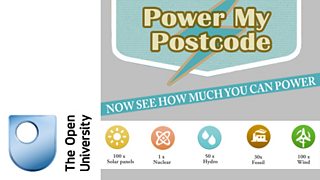 If Bang stirs your interest in science then visit The Open University and discover more.