Schedule
BBC Radio 6 Music
Behind the Brel: The Story of a Musical Genius
Main content 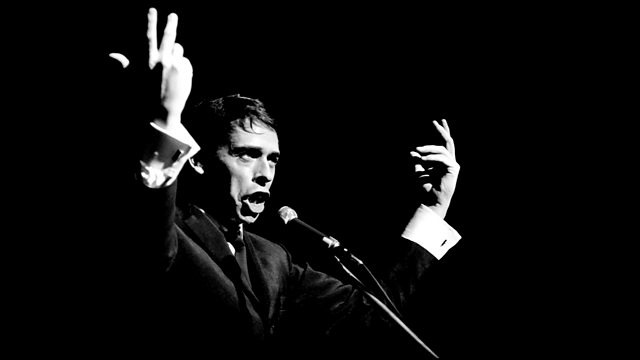 Behind the Brel: The Story of a Musical Genius
Episode 2 of 3

Marc Almond looks at the darker side of French singer-songwriter Jacques Brel.

In part two Marc Almond looks at the darker side of the legendary singer-songwriter Jacques Brel.

Apart from Ne Me Quitte Pas (If You Go Away), the Brel song that has been adapted for the English speaking world the most is Le Moribond. Its English translation is the Seasons in the Sun, but it's actually a story about a dying man wishing to see his loved ones for the very last time. Terry Jacks had a huge hit with Seasons in the Sun in America, Canada and the UK in 1973, and it was covered by Westlife in more recent times, but Marc Almond discovers that no one quite sings Brel like Brel.

Marc examines Brel's preoccupation with death, loss and loneliness and how growing up in occupied Belgium during the Second World War had a profound impact on his life and work. The programme also investigates how the French philosophical culture of the 50s influenced him.

As well as Seasons in the Sun, the songs featured in part two include Quand On N'a Que L'Amour (If We Only Have Love), Amsterdam, La Mort, Au Suivant, La Colombe and J'Arrive.

See all episodes from Behind the Brel: The Story of a Musical Genius