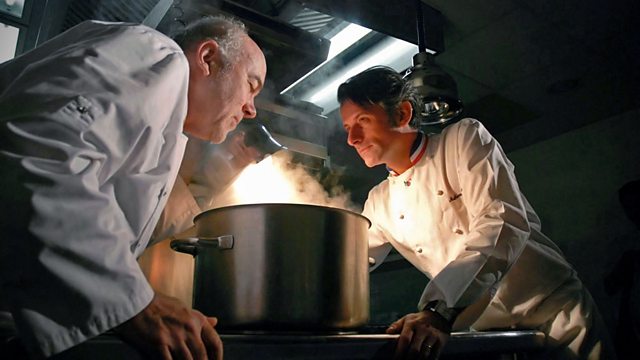 Fat Man in a White Hat
Episode 1 of 2

Bill Buford works in the kitchens to investigate whether French food is all it's cracked up to be. In Lyon, he enrols in a cookery school and works for tough chef Matthieu Viannay.

Is French cuisine the best in the world or has it lost its magic? Bestselling New Yorker magazine writer Bill Buford dons a white hat and works in a series of French kitchens to investigate whether French food is all it's cracked up to be.

Bill starts in one of the best French restaurants in America before moving, with his family, to Lyon, where he enrols in a cookery school and works on the line for one of the most demanding chefs in France, Matthieu Viannay.

Can Bill survive in a restaurant where one of the signature dishes consists of garlic snails on a bed of crusty veal ears? Is sophisticated French food really worth the effort?

See all episodes from Fat Man in a White Hat