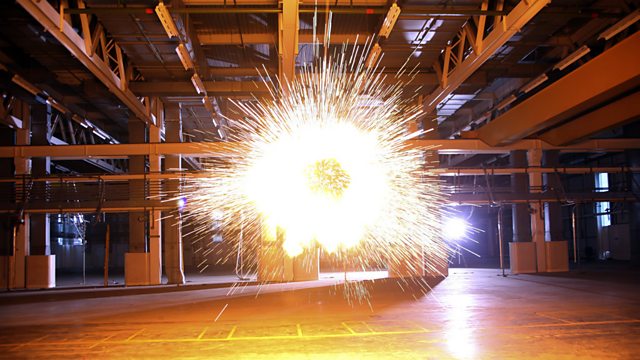 Is Everything We Know About The Universe Wrong?

Investigating the discovery of what is ominously being called 'dark flow', a phenomenon which could mean scientists might have to find a new way of understanding the universe.

There's something very odd going on in space - something that shouldn't be possible. It is as though vast swathes of the universe are being hoovered up by a vast and unseen celestial vacuum cleaner.

Sasha Kaslinsky, the scientist who discovered the phenomenon, is understandably nervous: 'It left us quite unsettled and jittery' he says, 'because this is not something we planned to find'. The accidental discovery of what is ominously being called 'dark flow' not only has implications for the destinies of large numbers of galaxies - it also means that large numbers of scientists might have to find a new way of understanding the universe.

Dark flow is the latest in a long line of phenomena that have threatened to rewrite the textbooks. Does it herald a new era of understanding, or does it simply mean that everything we know about the universe is wrong?

See all clips from Is Everything We Know About The Universe Wrong? (5)