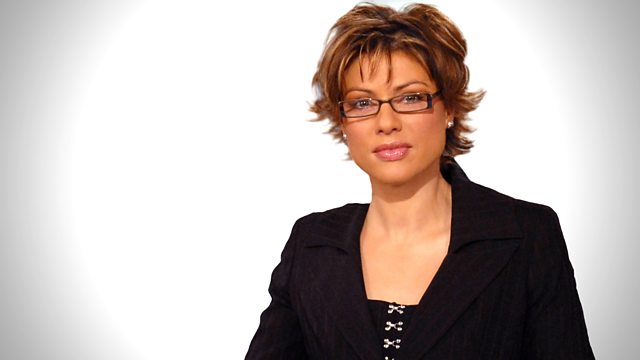 English schoolgirls, seized off China's coast in 1935 and interned in the Second World War, talk to Kate Silverton. From 2010.

Kate Silverton uncovers the story of the English schoolgirls who were captured by pirates off the China coast, and later ended up in a Japanese concentration camp with Eric Liddell.

In 1935, the SS Tungchow was taken over by a dozen Chinese pirates as it emerged from the Yangtse River. They were expecting a cargo of gold bullion but instead found three lady teachers and seventy British missionaries' children, on their way to Chefoo boarding school on the North China coast.
Six years later, in 1941, these same children became enemy aliens when the Japanese bombed Pearl Harbour. They were imprisoned in the Weihsien Internment Camp, Shantung Province, along with 500 other children, half of them without parents. The morale of the girls and their teachers was greatly improved by two Brownie packs and a Girl Guide Company. Their sports were organised by Eric Liddell, (Chariots of Fire) until he died.

This is an extraordinary tale, and it's told by those who were there:
Margaret Holder, née Vinden.
Beryl Goodland, née Welch.
Kathleen Foster, née Strange.
Mary Previte, née Taylor.
Evelyn Heubener, née Davey.