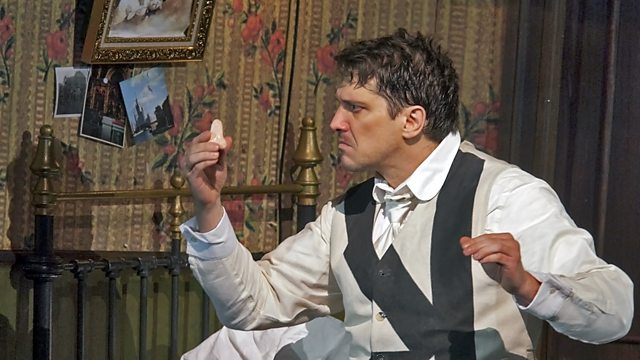 Kovalyov has a shave in Yakovlevich's barbershop. The following morning, Yakovlevich discovers Kovalyov's nose in his freshly baked loaf of bread, much to the annoyance of his wife who demands that he gets rid of it. He eventually manages to throw it into a river, by which time Kovalyov has noticed it's missing and begun to hunt for it. It turns up in the Cathedral, human sized, dressed as a State Councillor, and wanting nothing to do with its desperate owner. It then escapes from Kovalyov, who spends the rest of the opera being outwitted by it.

Verdi's Attila—Live from the Met

Ambroise Thomas' Hamlet—Live from the Met