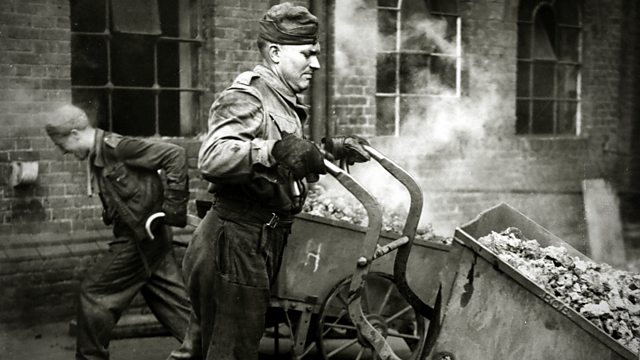 German PoWs in the UK

Mike Thomson investigates the story behind the German prisoners of war forced to work in Britain for three years after the Second World War had ended.

Mike Thomson investigates the story behind the German prisoners of war forced to work in Britain for three years after the Second World War had ended.

The International Red Cross condemned the ongoing use of forced PoW labour after the end of hostilities and the British public and the press voiced strong opinions about the deployment of 'slave labour'. But the government had other plans: there was a drastic shortage of manpower after the war - with one million British troops still posted overseas - and the availability of nearly 400,000 PoWs in camps on British soil was seen as the quickest solution to the crisis. Before long, German forced labour made up a quarter of the nation's agricultural workforce. They were put to work on the roads and they even made up a third of the workers who prepared Wembley for the 1948 Olympics.

Mike unravels the political and moral debate about the repatriation of the Germans; he also hears some of the unintended consequences of captivity by meeting a former PoW who decided to stay behind once he fell in love with both the Scottish Borders and his future wife.