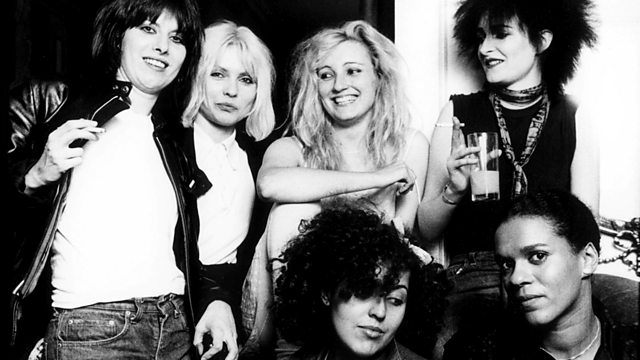 Women of the New Wave

Pauline Black meets some of the women in the vanguard of punk and new wave, asking what their legacy is for today. From March 2010.

Singer Pauline black meets some of the women who were in the vanguard of punk and new wave music, and asks what their legacy is for today's female artists. Punk offered women the chance to get on stage and be themselves, free from the constraints of a previously male dominated music industry. Artists such as Siouxsie Sioux, Poly Styrene and Gaye Advert started their own bands and expressed themselves in ways that female musicians hadn't been allowed to previously. They refused to be judged on their looks and asserted the right to sing about subjects that interested them rather than about broken hearts and lost loves. As punk evolved into a wider musical spectrum that encompassed New Wave and Two Tone, bands such as The Selecter emerged through which singers such as Pauline Black tackled issues of racism and sexism in their lyrics. Thirty years on, she asks some of those groundbreaking women what they think they've achieved for women of their and subsequent generations.