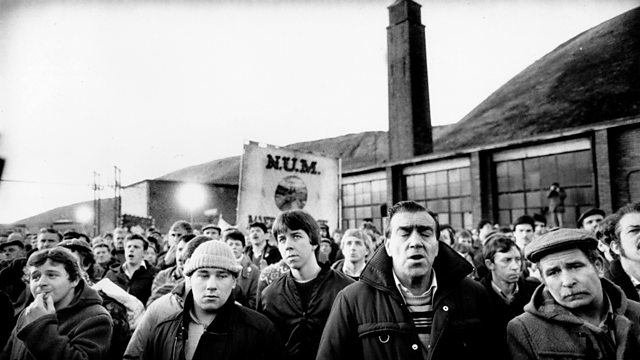 Ballad of the Miners' Strike

In specially commissioned songs to mark the 25th anniversary of the end of miners' strike, Radio 2 explores how lives were changed by the year-long dispute (1984-85).

In specially commissioned songs to mark the 25th anniversary of the end of the miners' strike, Radio 2 explores how lives were changed by the year-long dispute (1984-85). The Ballad of the Miners' Strike is a forthright and powerful exploration of contrasting human experiences.

Songs inspired by their stories propel the ballad through issues still causing debate a quarter of a century later. Striking miners describe the physical and mental toll of the dispute and they and police officers recall the picket line confrontations; miners who worked tell how they're still called "scab"; miners' wives describe how the strike empowered them; and everyone remembers The Battle of Orgreave.

Interviews were gathered across the UK by reporter Vince Hunt who travelled to Wales, Northumberland, Nottinghamshire, Lincolnshire, Kent and Yorkshire to talk to miners and the women who supported them, police officers who served on the picket lines and the miners who crossed picket lines to work.

These themed interviews have been used as sources to inspire the songwriters and then fed back into the songs. Jez Lowe's Judas Bus describes a minibus taking "scab" miners across picket lines; John Tams' Over in a Fortnight plants the battle lines for the strike in the victory over Ted Heath of 1974. Julie Matthews' Beyond the Picket Line was written after hearing women from mining families describe their part in the strike, organising food parcels, meetings and protests. Ray Hearne wrote Ordinary Copper from the stories of policemen finding themselves in bitter fights with miners.

See all episodes from The Radio Ballads