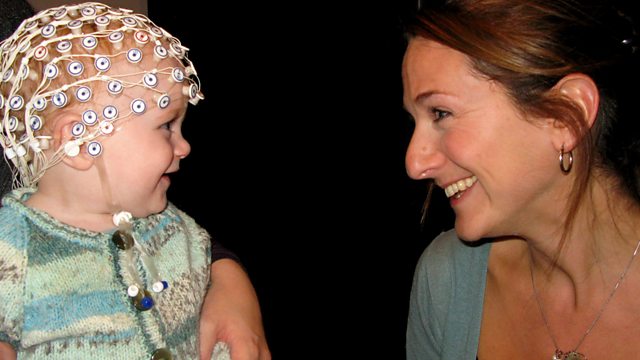 Melvyn Bragg and guests Usha Goswami, Annette Karmiloff-Smith and Denis Mareschal discuss what new research reveals about the infant brain.For obvious reasons, what happens in the minds of very young, pre-verbal children is elusive. But over the last century, the psychology of early childhood has become a major subject of study. Some scientists and researchers have argued that children develop skills only gradually, others that many of our mental attributes are innate. Sigmund Freud concluded that infants didn't differentiate themselves from their environment. The pioneering Swiss child psychologist Jean Piaget thought babies' perception of the world began as a 'blooming, buzzing confusion' of colour, light and sound, before they developed a more sophisticated worldview, first through the senses and later through symbol. More recent scholars such as the leading American theoretical linguist Noam Chomsky have argued that the fundamentals of language are there from birth. Chomsky has famously argued that all humans have an innate, universally applicable grammar.Over the last ten to twenty years, new research has shed fresh light on important aspects of the infant brain which have long been shrouded in mystery or mired in dispute, from the way we start to learn to speak to the earliest understanding that other people have their own minds. With:Usha Goswami, Professor of Education at the University of Cambridge and Director of its Centre for Neuroscience in Education Annette Karmiloff-Smith, Professorial Research Fellow at the Centre for Brain and Cognitive Development at the Department of Psychological Sciences, Birkbeck College, University of LondonDenis Mareschal, Professor of Psychology at the Centre for Brain and Cognitive Development at Birkbeck College, University of London.